It seems like we get a new backpack promising to change the backpack paradigm on a near-monthly basis – and it’s entirely possible that is an unreachable aspiration – but the Xcube isn’t making such highfalutin promises in its Kickstarter. Instead, it sticks to just the facts about its modular pack and for photographers, what they’re offering might be extremely appealing.

The Xcube designers state that their goal from the beginning was to make a bag that was both practical and sleek, a combination of features they claim are rarely combined. While the success of their design will ultimately be up to you to decide, Xcube decided to go with a hard-shell exterior that allowed them to go after the aesthetic they sought while having the protection most soft bags cannot achieve.

Here are some of the main features:

The Xcube is scratch-resistant, shockproof, and 100% waterproof making it ideal for photographers who need to protect gear from damage. Many popular backpacks usually feature one or two of those protections, but all three are relatively rare.

It is also modular in its design, taking notes from other popular photography bags, and ships with a 2-liter sling bag, a 5-liter cube pack (expandable to 13.5 liters), and a 9.5-liter cube along with 8 velcro dividers at the lowest price tier. Higher price tiers offer different assortments of Xcube’s five modular interiors. 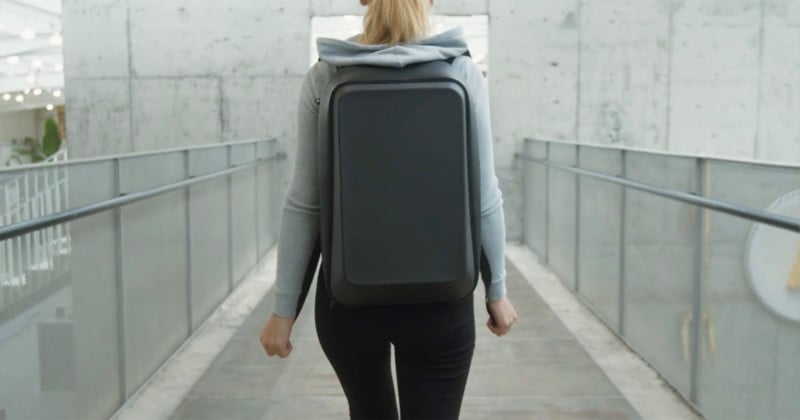 The Xcube can also expand its capacity by 30%, has a 180-degree large opening that allows access to the entire interior compartment, and aside from the modular interior parts has an additional 15 compartments (including 4 hidden compartments) to hold a variety of items.

Even at the most affordable of the pricing tiers, the Xcube is surprisingly inexpensive. Many backpacks offering only a few of the features here can be several times more expensive. Refreshingly, the most expensive price option is only $268 during the Kickstarter campaign. For what you get, there seems to be a lot of value.

The Xcube is already fully funded on Kickstarter, with nearly $150,000 pledged at the time of publication. The company plans to send campaign wrap by the end of October, and begin shipping the completed product by early 2021. When it launches, the most affordable Xcube configuration will cost $129 but is only $99 during the campaign. The more expensive options offer even more steep discounts versus the eventual retail price, so if the Xcube impresses you it is best to take advantage of their Kickstarter pricing.

As an added bonus, backers are being given the opportunity to vote for a third color option exclusive to Kickstarter. When the Xcube officially releases next year, the bag will only be available in Carbon Black or Space Grey.

To learn more about the Xcube or pledge your support, you can visit the Kickstarter campaign here. As always, remember that Kickstarters are not a “pre-order,” so do your research and pledge responsibly.

A Comparison of Variable ND Filters

Black Friday is expected to see record numbers of online shoppers with Americans staying home due to the pandemic. NBC’s

Turkey takeout is the 2020 way to celebrate Thanksgiving