You may not realize it, but you’ve already enjoyed the work of Photographer and digital artist Ted Chin. He makes some of the most eye-catching, surreal composite images you will likely ever see, and one greets you every time you open the latest version of Adobe Photoshop.

Chin has been making photo manipulations for the last six years, one of which you’ve very likely already enjoyed. In 2017, Chin helped put together this helpful tutorial on creating a double-exposure effect.

For the launch of Adobe Photoshop 2021, Adobe reached out to Chin with interest in one of his manipulations.

“Adobe is one of my all-time favorite clients to work with,” Chin tells PetaPixel. “They always let me have as much creative space as I need. They usually trust their artists and just give honest feedback on the directions we want to go.”

Any photographer or filmmaker would jump at the chance to work with Adobe, and Chin explains how he got that opportunity.

“I was reached out by the Adobe team and told that they really like one of my artworks called “Flamingo Cloud.” They wanted to use it for the Splash Screen and I was super excited about it. It was a moment when my dream came true – for my art to be recognized and also by one of my favorite programs that I used every day.” 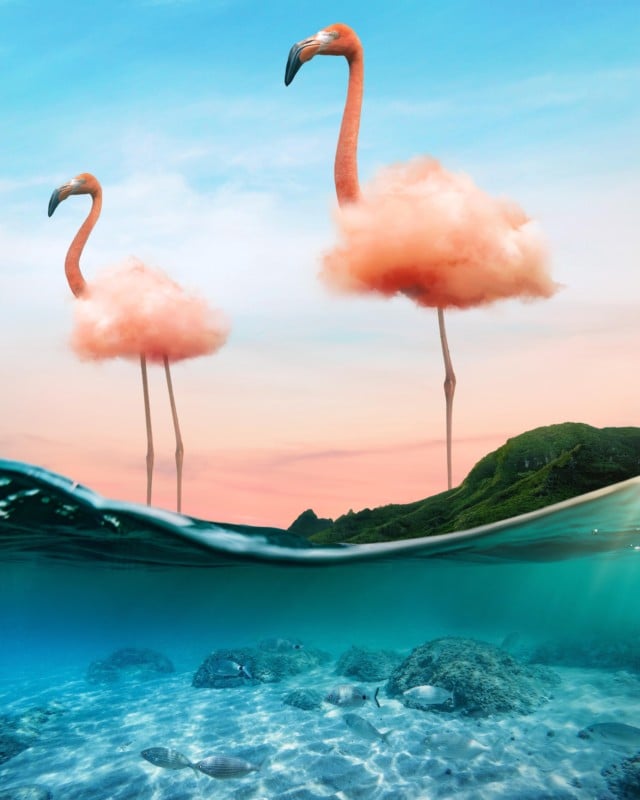 The way Chin describes it, this final step was easy compared to the many he had to take before it. In this particular case, Chin had already created the digital art piece and was not commissioned to make something specific. As such, it was just a matter of proving he was the owner and had the right to license the image.

“The process with Adobe just made sure that I’m the one who created it and was allowed to give them permission to use it.”

While this last stage was a simple approval, getting there required years of creating noteworthy images to get noticed by the software giant. Now, Chin’s work not only appears every day for him as he opens the software that makes his work possible but does the same for millions of photographers and graphic artists around the world. It’s the top of the mountain for an artist like Chin, and it’s hard to imagine a better platform to showcase his years of hard work. 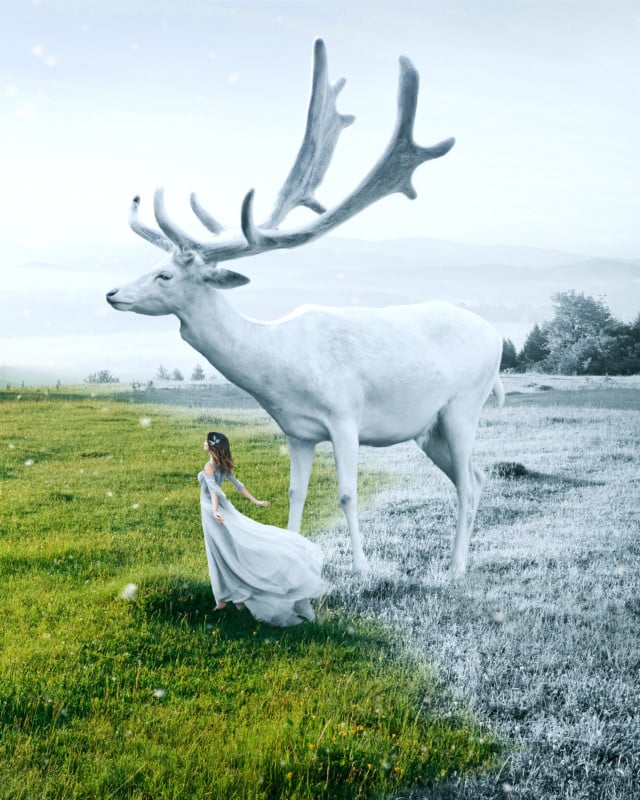 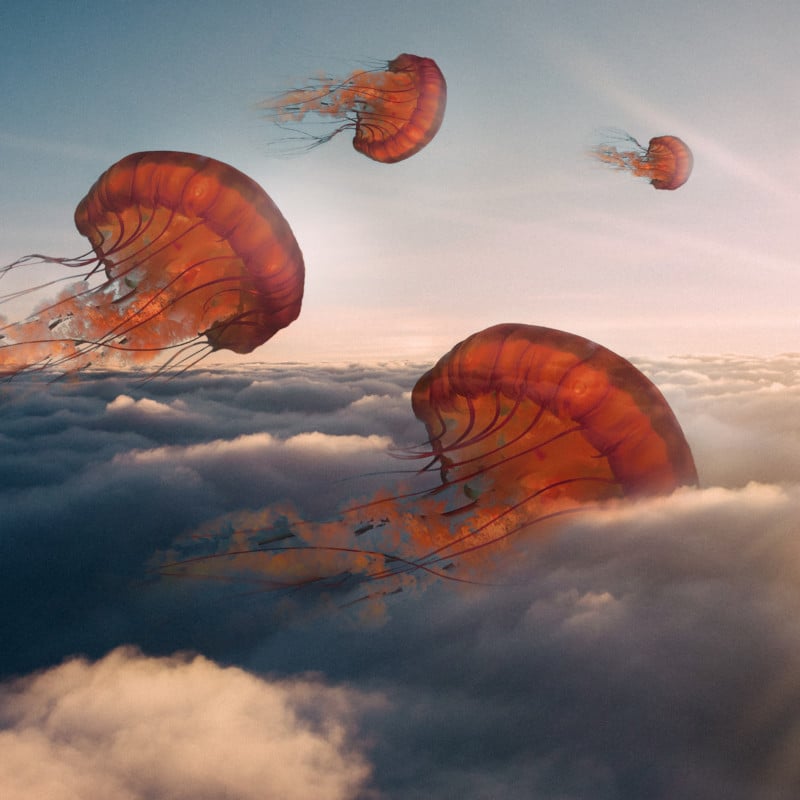 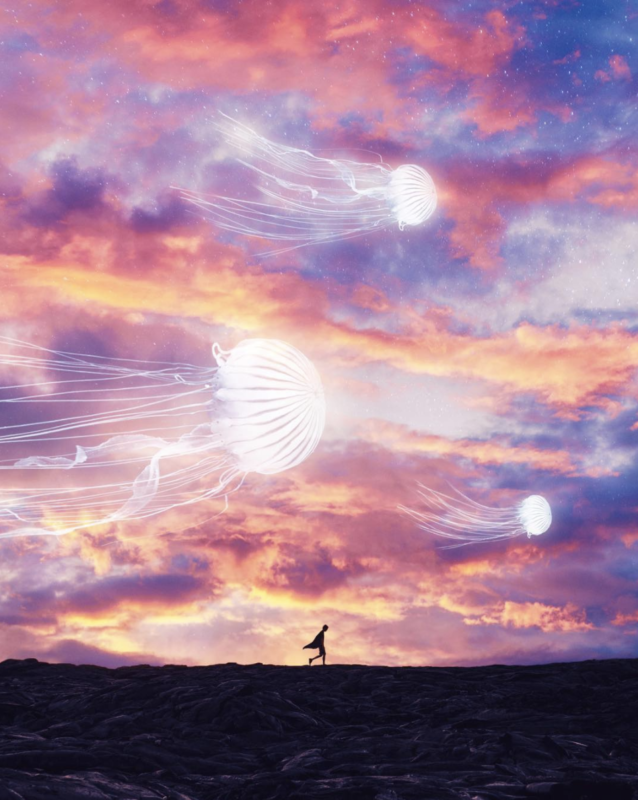 Looking back on how he arrived at this pinnacle, Chin explains how that journey started.

“When I was exploring my options to become an artist in college, digital art was one of the mediums I was interested in,” Chin says. “So I took my first ever Photoshop and photography class. After I moved to San Francisco for Grad school, I started to get involved with local photography communities.” 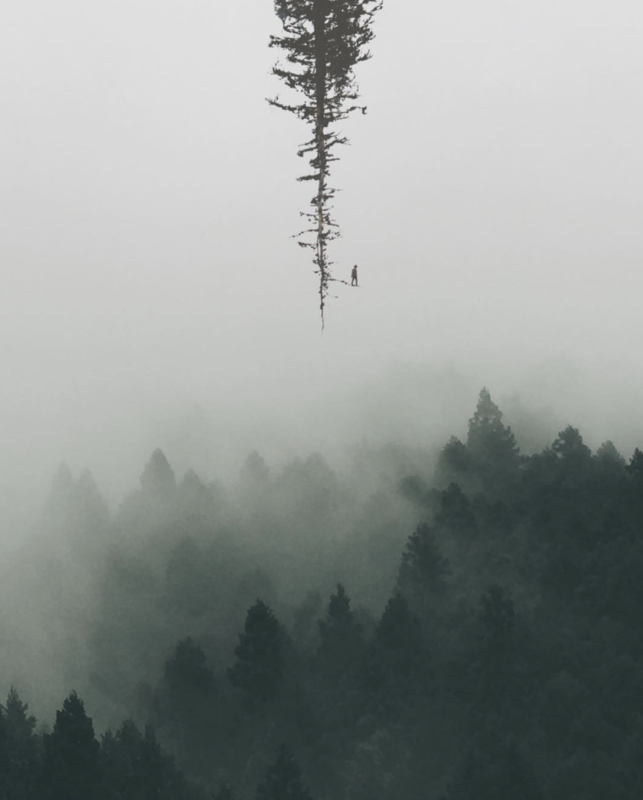 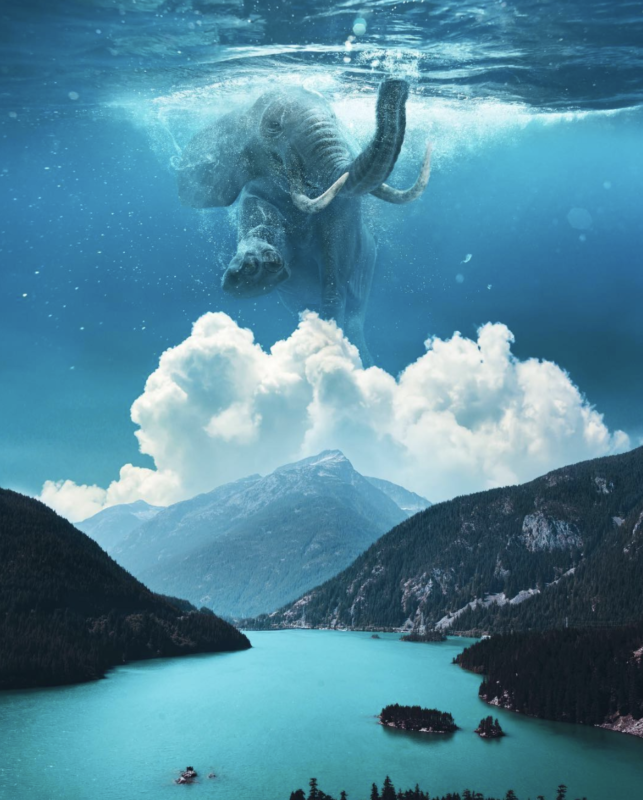 Because of the nature of his life at the time, Chin wasn’t able to travel as much as he wanted and photograph the places he dreamed to visit.

“Most of the time I’m too busy with school and I couldn’t really travel a lot,” he explains. “One day I came across Erik Almas’ work at a local art event, and I was really inspired by his dream-like romantic composite photography. Since I have both knowledge of Photoshop and of photography, I decided to give it a try.”

“I wanted to make my own surreal fantasy world. From there, I just watch endless youtube videos and find all kinds of online tutorials to polish my skills. To this day, I’m still learning new things. The photo below was from Mt.Tamalpais back in 2014. I think this is the fourth months into my photo manipulation journey.”

Chin combines images he shoots himself with photos he licenses from Adobe Stock and from Unsplash. With the amount of manipulation he applies to the images he works with, by the time he finishes, the photo is something wholly unique from the original. Still, the conversation of who owns the rights to images is touchy, and Chin clarifies his stance on it. 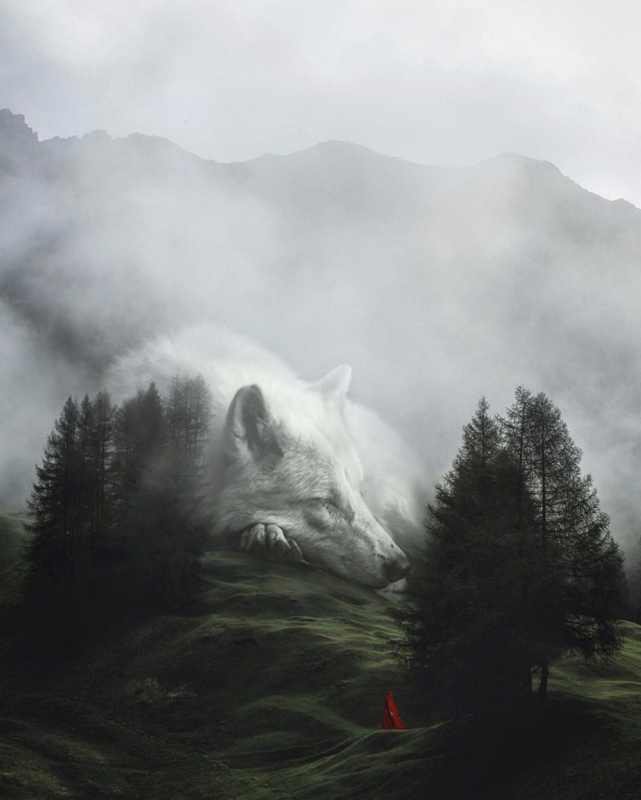 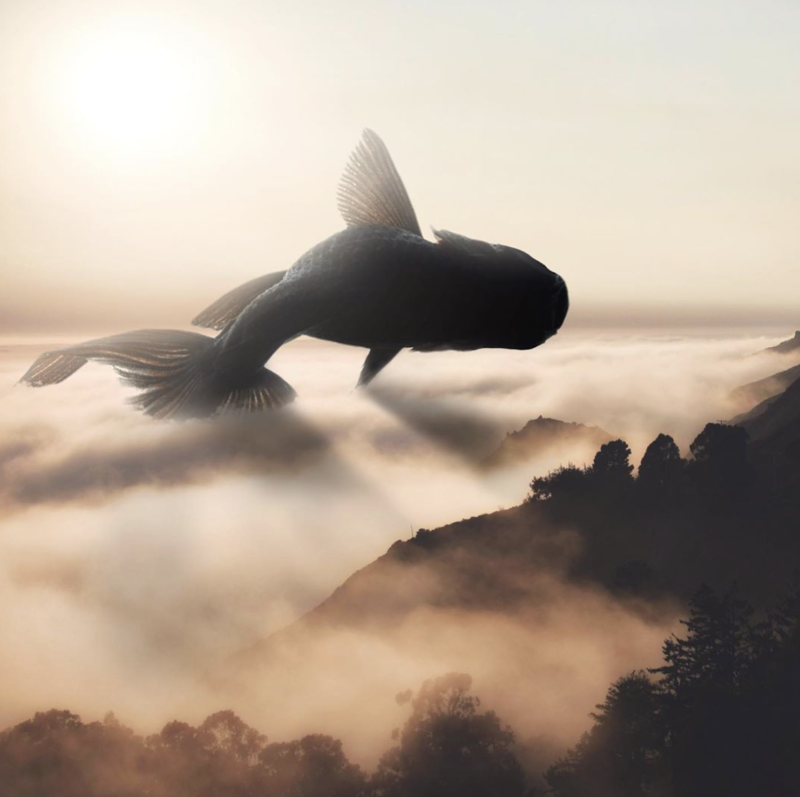 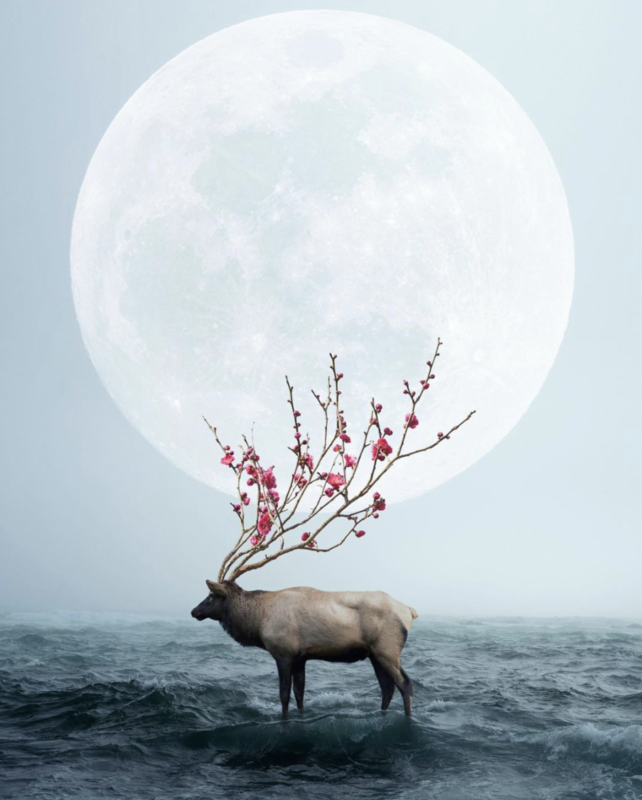 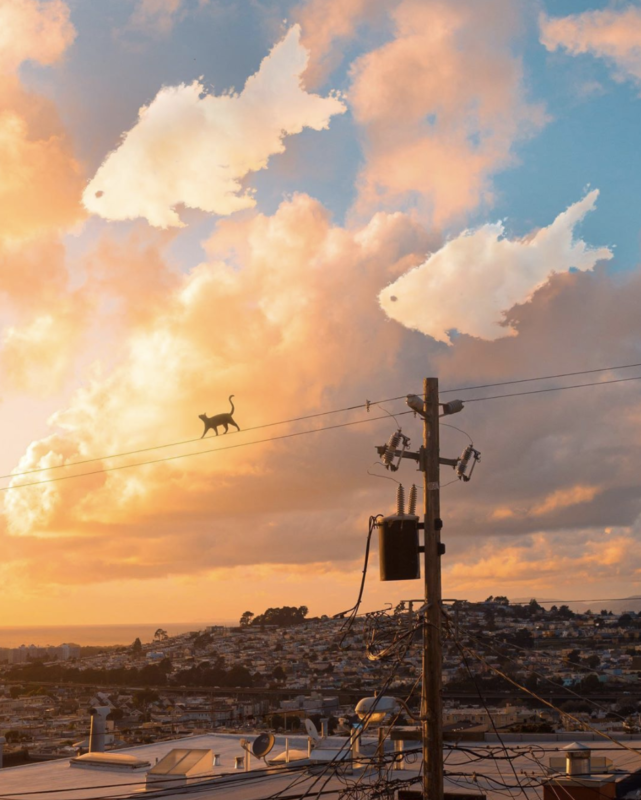 “I believe since the artist created the new art piece, it is no longer the “original” photo that was owned by the photographer,” he explains, speaking about his process. “But this only works if it is legally licensed/ granted permission to use from stock websites or from the original owner and if the artist added their own concept/interpretation and changed the concept/message from the original photo.”

Chin is originally from Taiwan and has been working in San Francisco in recent years. He’s really enjoyed his time in the United States thanks to the opportunity presented to him here. 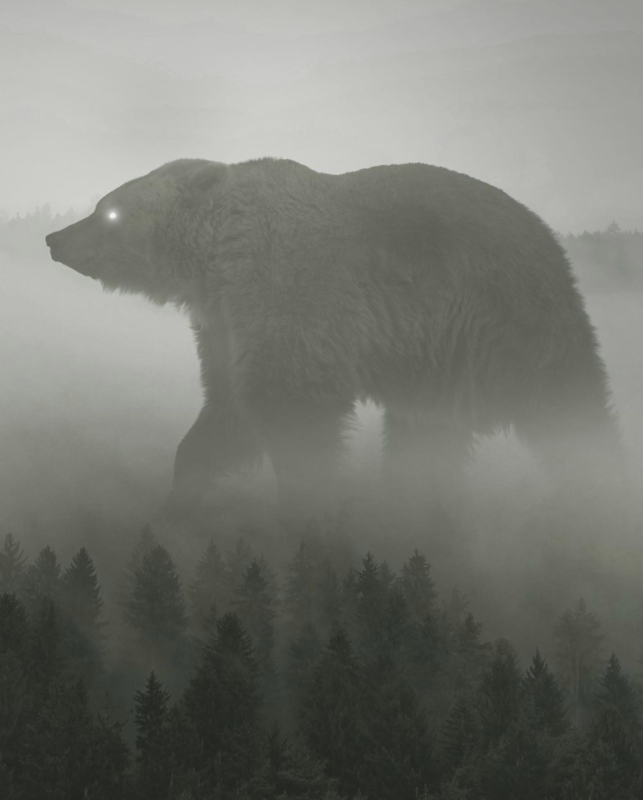 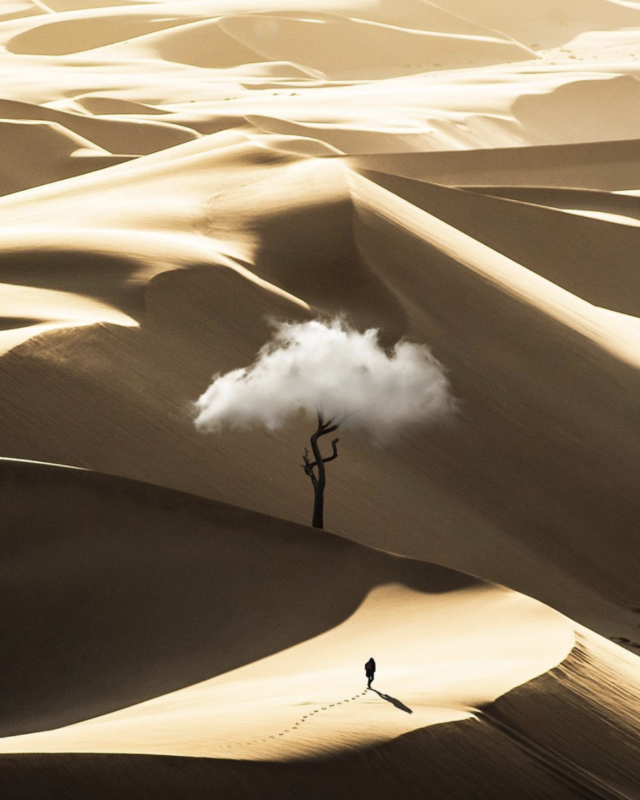 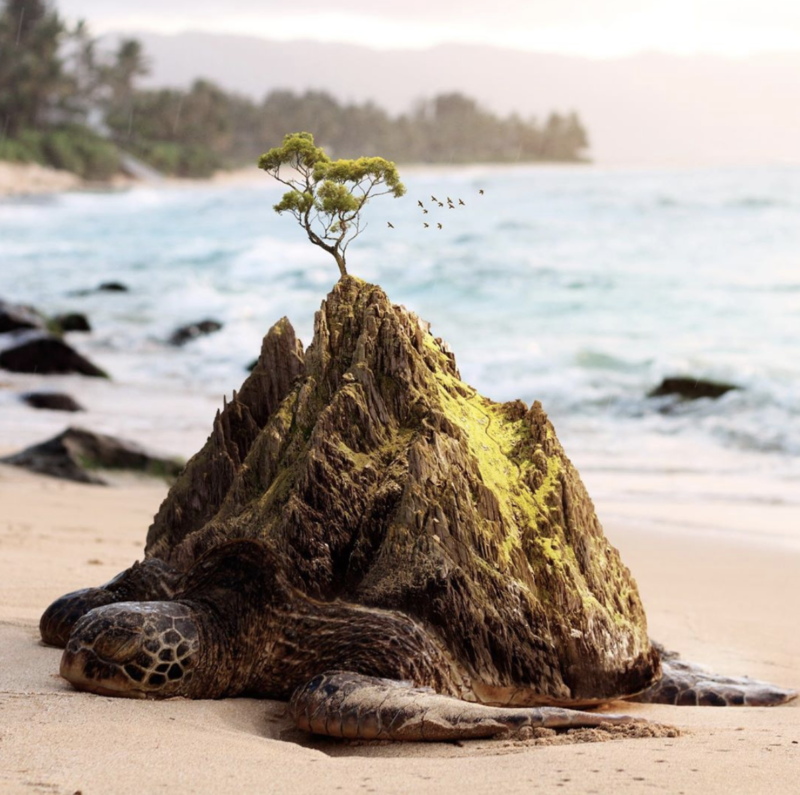 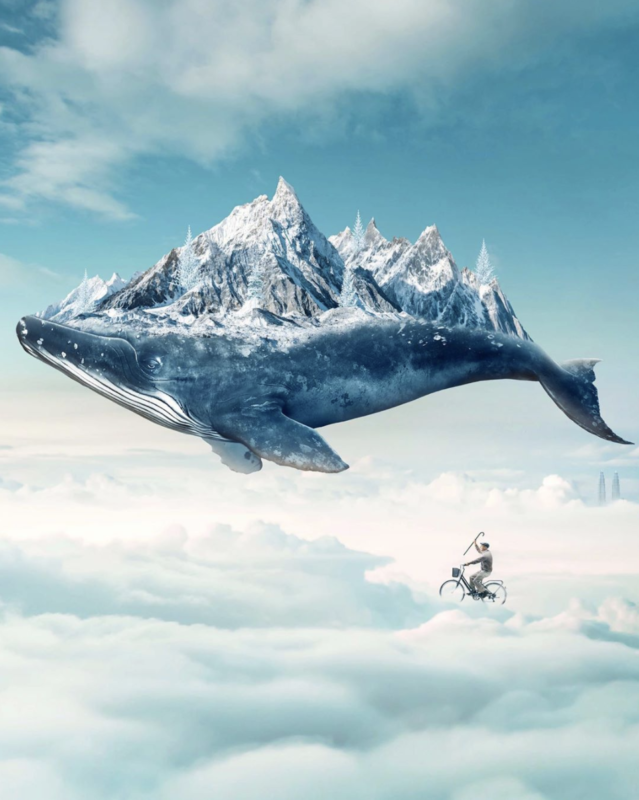 “I’ve been working with my friends as a digital artist in SF for about 5 years now, I spend most of my life in the state and I really enjoy being here. I get to be a creator and do what I love the most. It’s pretty hard to do that back at home.” 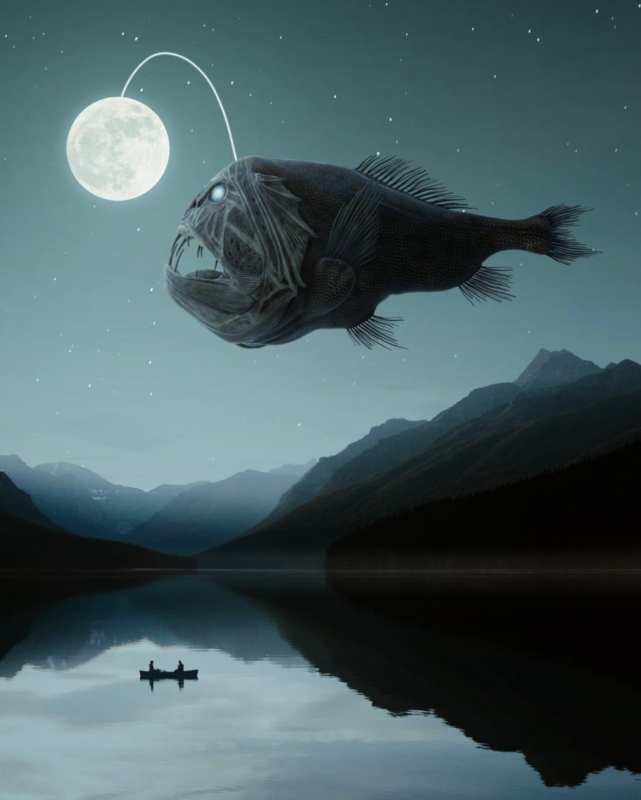 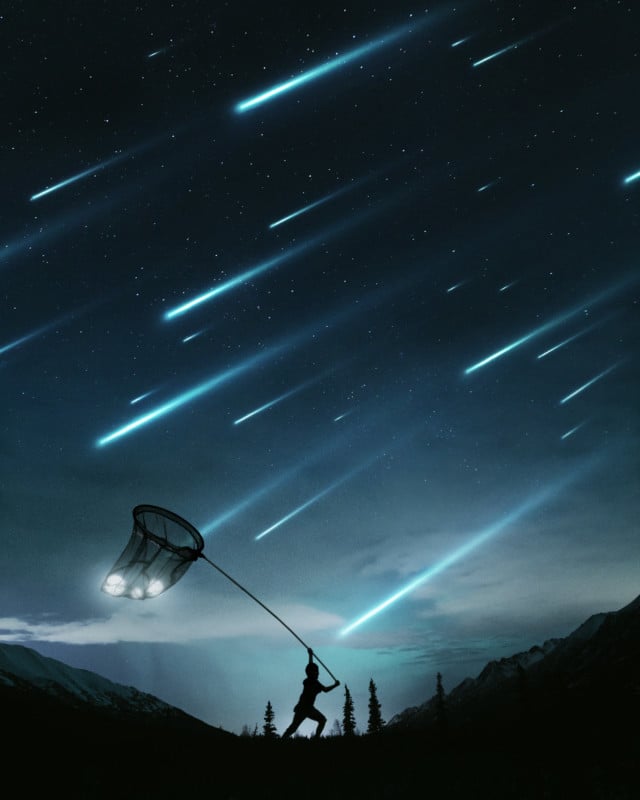 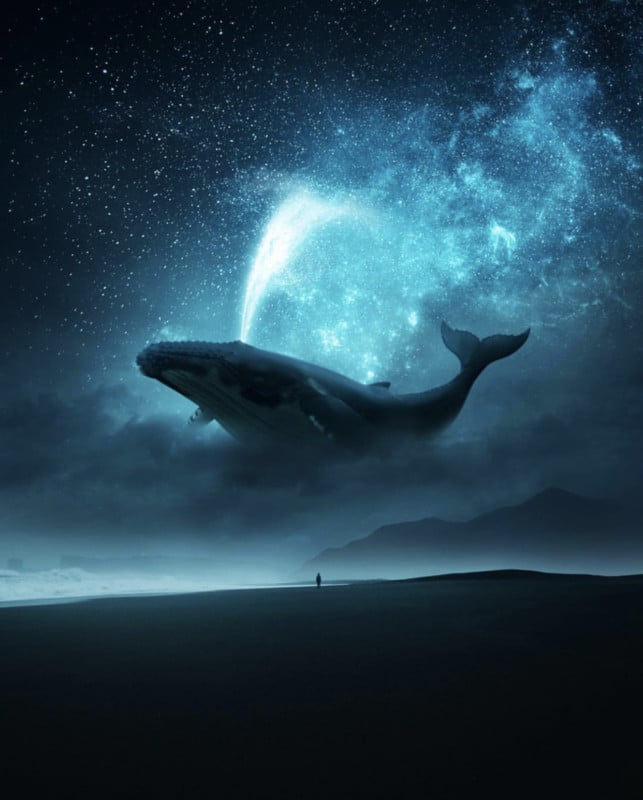 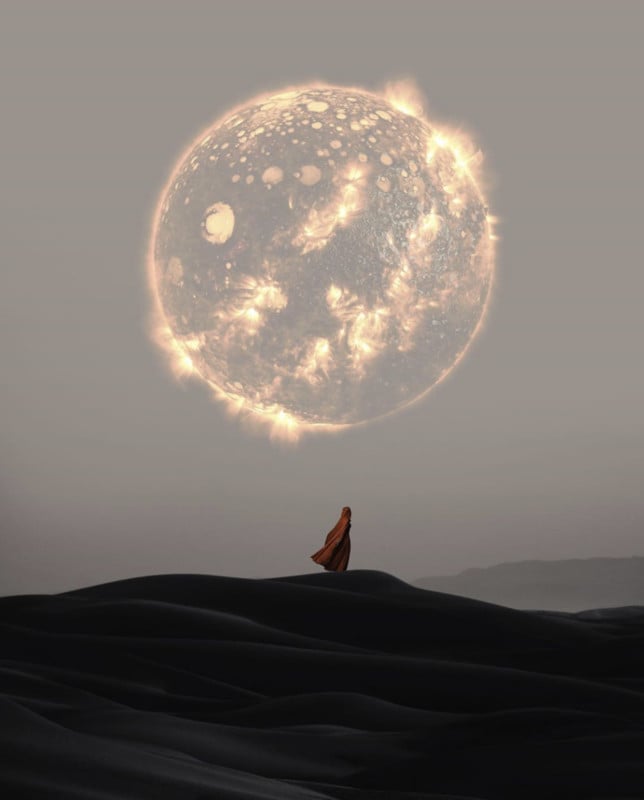 Chin’s prowess has grown significantly since that first image of Mount Tamalpais through years of practice, but he says he’s still always learning.

“I think around one and a half years in, I started to try more advanced editing and really trying to push my skills more. I’ve edited one to three photos per week for the past five years, and most of them don’t make it to my online portfolios,” Chin says. “Sometimes I will go back and re-edit some of my old work just to see if I can make it look better and if I learn any new tricks. Nowadays I work on my concept more than my skills, but I’m always looking forward to learning and trying new things.” 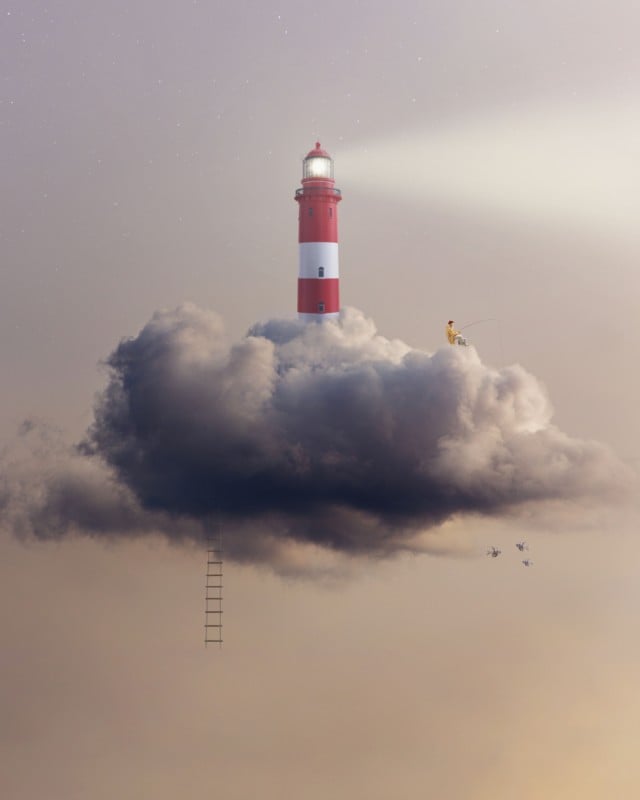 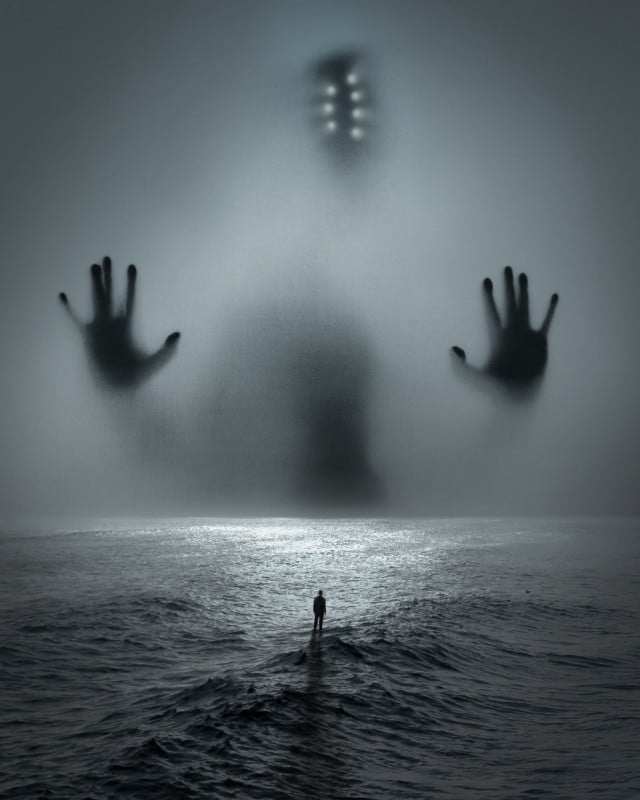 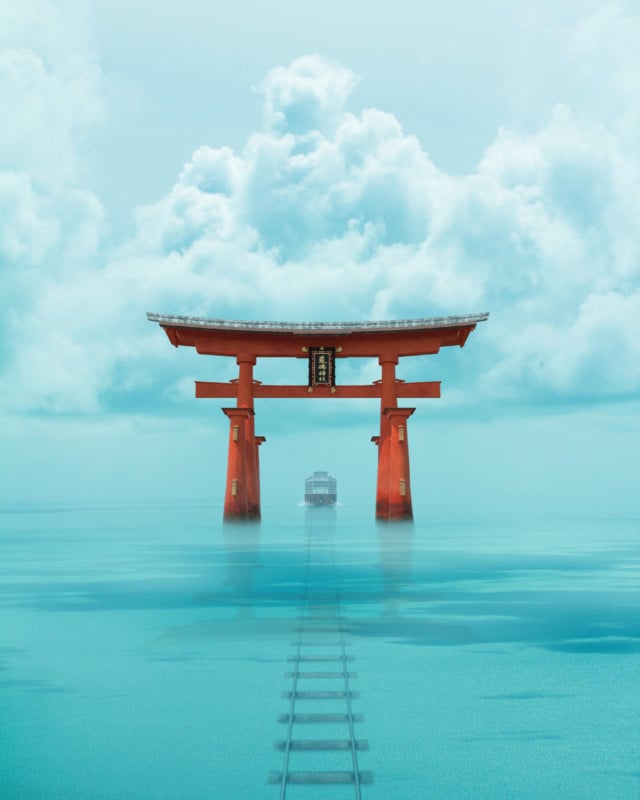 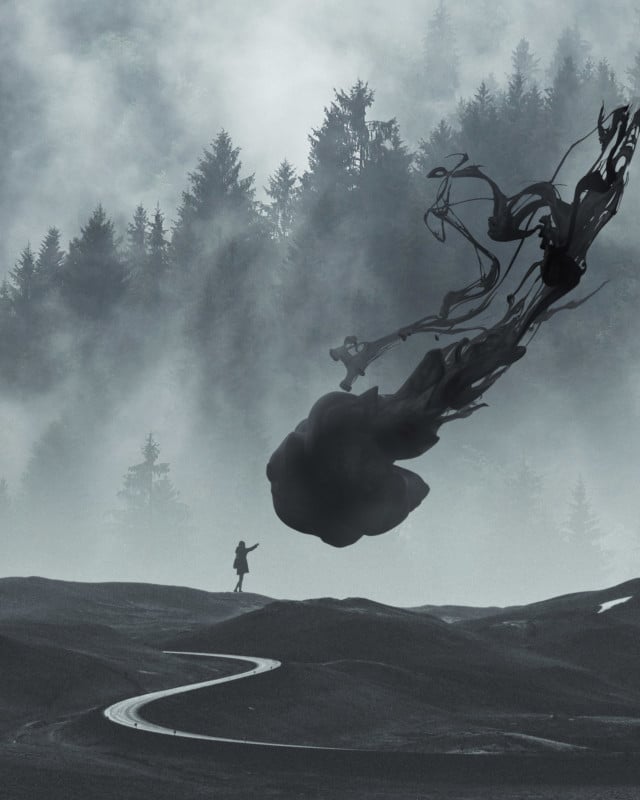 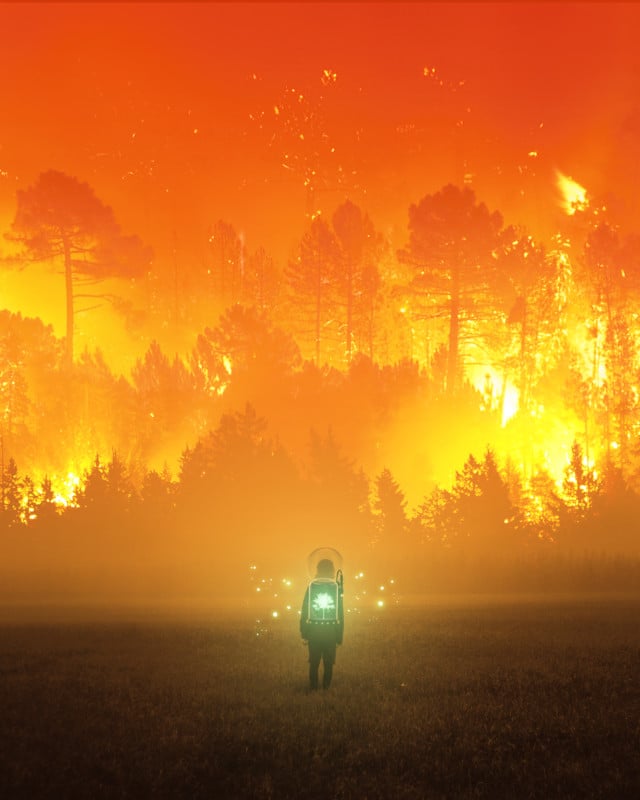 Image credits: Images by Ted Chin and used with permission.

9 Months with the Fujifilm X-Pro3