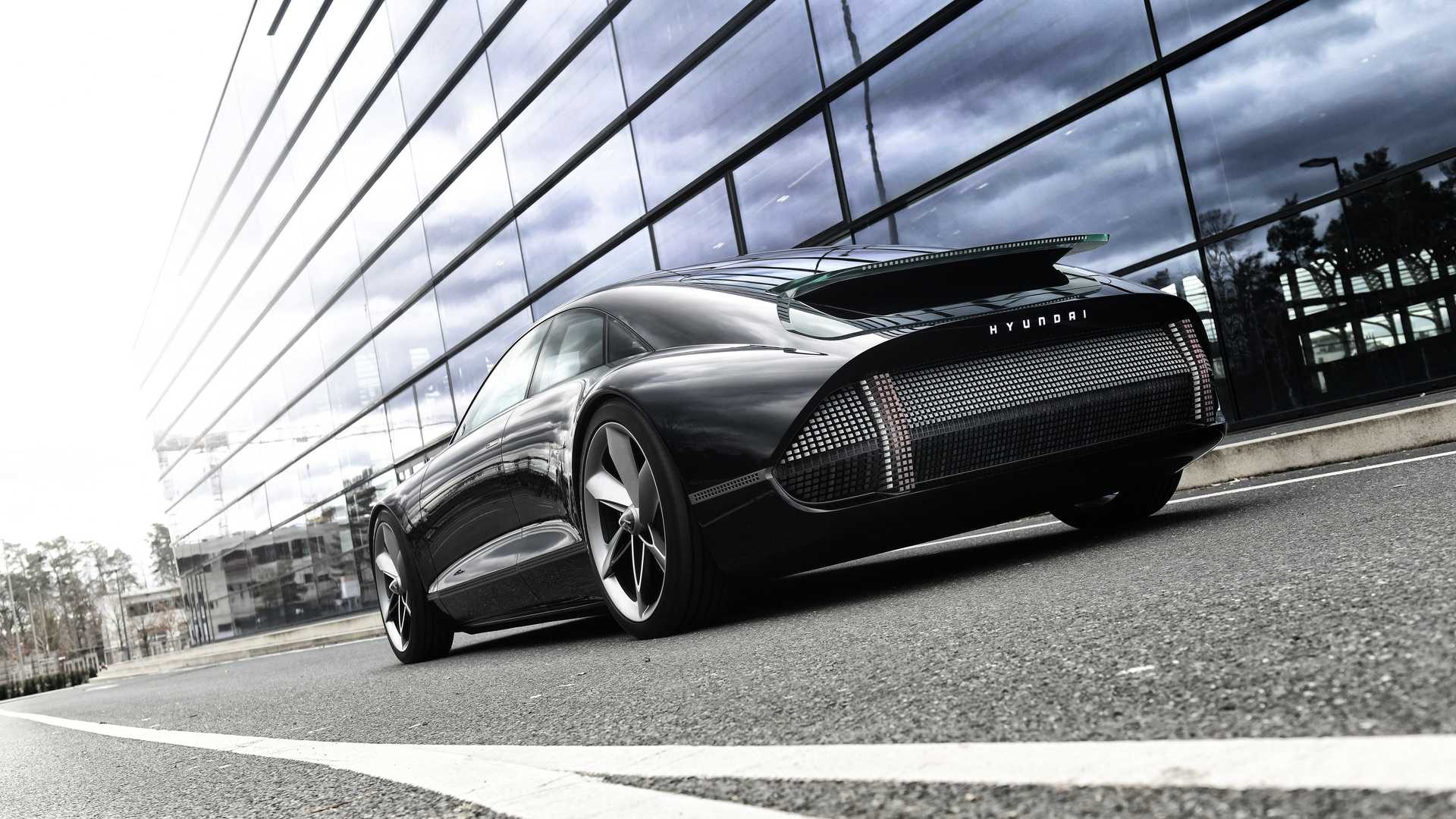 The upcoming Hyundai Ioniq 6, based on the Prophesy concept car, is generating a lot of interest. And why not? The concept is drop dead gorgeous — looking like a Hershey’s Kiss that got left out in the sun. But what we see in show cars often doesn’t translate well into production vehicles. For instance, manufacturers love to show designs with no center pillar and rear doors that are hinged at the back. The effect suggests a car that invites us into the interior, where we will be cossetted in undreamed of levels of comfort. But those designs never make it into production because cars need to be able to survive a rollover, a feature that may be even more important than a luxury interior. The folks at Car Wow, a UK automotive news site, were curious about how much of the Prophesy concept would make it into the production car. The shape of the exterior is likely to stay, since it was designed to be as aerodynamic as possible with a minimum number of air intakes. Every slash and gash in a car’s exterior leads to turbulence which translates into shorter range. The adjustable rear spoiler also helps improve aerodynamics, as do the propeller-shaped wheels that draw air from underneath the car to help cool the brakes. The concept car is controlled by two joysticks. Those probably are meant for the show circuit only and are unlikely to make it into production. Hopefully the rest of the interior, including the wraparound dash, will still be there when the first cars hit dealer showrooms sometime in 2022, assuming they are sold through conventional dealers. There are unsubstantiated rumors that Hyundai may sell its Ioniq branded vehicles direct to customers online.

Like the Ioniq 5 compact electric SUV coming in 2021, the Ioniq 6 is expected to have dual motors, all-wheel drive, and a range of around 300 miles. Car Wow suggests the Ioniq 5 will start at around £40,000 and the Ioniq 6 will start at around £50,000, although a less expensive single motor version with less range could be in the works. Let’s hope that prediction is wrong. The Ioniq 6 will compete head to head with the Tesla Model 3, which starts at less than $40,000 today. It will need to be priced competitively if it is to succeed in the marketplace. Frankly, I think the Ioniq 6 will be one of the most visually appealing cars available and would strongly consider buying one myself, but not if it costs $10,000 more than a Model 3. Ioniq is not a luxury brand, and Ioniq buyers will be reluctant to pay premium prices for their cars. Hyundai has Genesis for that.

Final pricing information for the Ioniq 6 is at least 18 months away. If Hyundai figures out a way to build these cars and price them appropriately, they should fly off the lot at local Hyundai dealers (assuming they are sold through dealers at all). If the price is right, I’m pretty sure an Ioniq 6 will take the place of the LEAF in my carport.