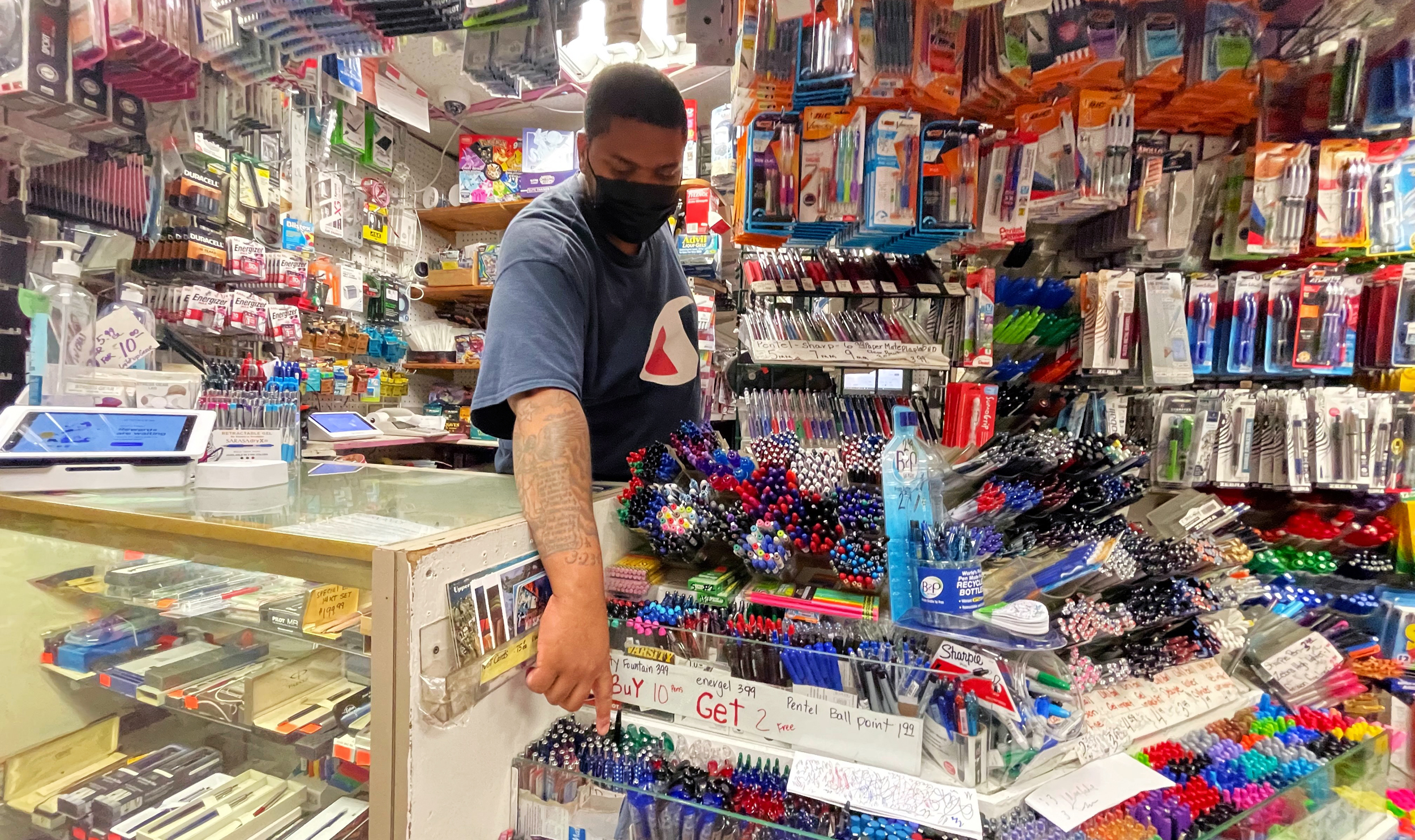 At Stationery and Toy World, a family-owned shop in New York’s Upper West Side, manager Gary Rowe is having difficulty getting all the pens and folders he ordered for the important back-to-school season.

His usual vendors have low stocks of Pilot’s erasable FriXion pens and Paper Mate Flair marker pens — and prices are high on stationery and other in-demand school supplies.

And Rowe is not alone, retailers are navigating a storm of challenges — higher production costs, cargo delays from China and other Asian countries, and sky-high shipping rates — as they gear up for the industry’s second-biggest selling season.

“I’m hoping that when everything catches up, we get more stock,” Rowe said at his store packed wall-to-wall with a colorful array of pens and markers. “Business has been really slow.”

After a year of keeping their kids at home, parents are eager for classes to start again.

Stimulus checks and advance child tax credits from President Joe Biden’s administration are expected to boost sales of back-to-school merchandise, especially shoes and clothing, following last year’s outlays on laptops, headphones and other equipment for remote learning. The National Retail Federation expects total back-to-school spending to rise 6.4 percent, to $108.1 billion this year. Average spending for all age groups is forecast to be $2,049, up 10.8 percent.

Some — most likely bigger retailers — will have stored away backpacks and other products from last year that did not sell, said Matt Kramer, KPMG’s consumer and retail national sector leader. “I think they’re being very careful about giving further discounts as their inventory starts to dwindle,” Kramer said.

Macy’s worked to bring in denim clothes, school uniforms and small electronics, Chief Financial Officer Adrian Mitchell said at a recent investor conference. “We believe it’s better to potentially lose a sale due to the lack of supply than to over buy and have markdown merchandise at higher rates,” Mitchell said.

Target started putting backpacks on its sales floors much earlier this year, around the end of May, a month or more earlier than usual, data firm StyleSage said.

Rose said he is usually finished bringing such products in by May or June at the latest.

During the second quarter, retailers imported lower volumes of popular back-to-school items compared to the same period in 2019, before the pandemic, according to S&P Global Market Intelligence’s trade data firm Panjiva. For instance, retailers’ imports of backpacks, up 9.8 percent versus the second quarter of 2020, were 15.2 percent lower than the same period in 2019, Panjiva said. Imports of kids’ shoes and clothing, up 64.4 percent versus 2020, were 12.6 percent below the amount imported during the same period in 2019. Overall, retailers so far have marked down a smaller proportion of backpacks, and discounts are smaller on average, according to the data firm StyleSage. It sees similar patterns in other clothing categories.

Experts say back-to-school may offer a preview of what to expect at Christmastime as retailers pare offerings to limit risk.