Next week is shaping up to be a big week. Not only is Sony going to announce a “new concept” camera—likely the rumored Sony a7C—but it seems Nikon is planning to release not one, but two much-anticipated Z-mount lenses.

Both lenses have been on the Z-mount lens roadmap from the very beginning, and they represent some very important additions to a lineup that has been criticized as often as it has been praised. Nikon is in desperate need of some “exciting” Z lenses that are actually realistic (the NOCT doesn’t count), and the 50mm f/1.2 definitely fits the bill; at the same time, the 14-24mm f/2.8 S will round out the Z-mount’s “holy trinity” of f/2.8 zooms.

You can see the relevant portions of the current Z-Mount Lens roadmap below: 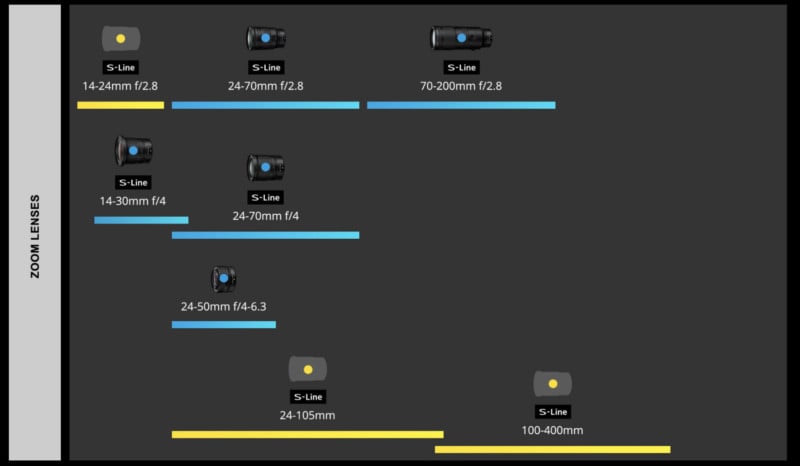 According to the latest leaks from Nikon Rumors, both lenses will be worthy of that “Superior” S moniker. The 50mm f/1.2 is said to be a massive lens with 17 elements in 15 groups, a built-in LCD screen, and a built-in function button that sits inside a housing about the same size as the NIKKOR Z 24-70mm f/2.8 S.

The 14-24mm f/2.8 S, on the other hand, will be all about its (relative) compactness and versatility. It’s rumored to be both smaller and lighter than the F-mount version, and features a nearly flat front element that allows it to accept screw-on filters (112mm). Additionally, it too will have a built-in LCD screen and function button, and it reportedly sports a rear filter slot so you can use gel filters in addition to the regular kind.

All of the above is, of course, rumor until Nikon confirms it; fortunately, we don’t have long to wait. According to NR, both lenses will make their debut next week, though its unclear whether they will be joined by any other new products. Mark your calendars and stay tuned!