Underwater photographer Kurt Arrigo recently set himself a new challenge: working together with a group of professional freedivers, he wanted to turn a wreck in the Mediterranean Sea into an “underwater playground.”

The idea behind working with freedivers was to try and make the photos look as “normal” as possible, despite being shot underwater. Each of his models could hold their breath underwater for around 3 minutes, and they were extremely comfortable performing complex movements for the camera.

“The main concept was to use the wreck P31 as a different sort of ‘playground,’” Arrigo tells PetaPixel. “As we arrived at the wreck, I briefed the freedivers and told them the images I wanted to capture… needless to say, they executed the movements beautifully.”

When it came time to actually capture the shots, each freediver donned a weight belt and Arrigo donned his SCUBA gear. “Once they were ready I descended with my Nikon D810 in a Subal housing,” says Arrigo. “They would pull themselves down a rope and run across the sand towards the wreck, then perform the movements exactly as we’d planned to do.”

The main challenge was communication, but once they got into a rhythm they could shoot for 2-3 minutes at a time. Thanks to his SCUBA gear, he had about 30 minutes of bottom time to work with. “I would say we had around 6 dives sessions in total,” Arrigo recalls. “The funny thing was once I did surface [the freedivers] were gutted thinking that it didn’t go well… only to then realize we’d captured some cool pics!”

Scroll down to see some of the photos that they shot: 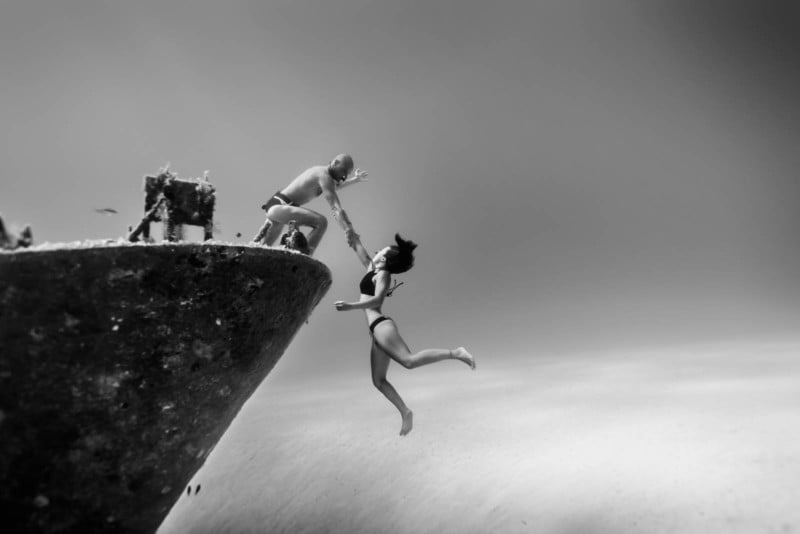 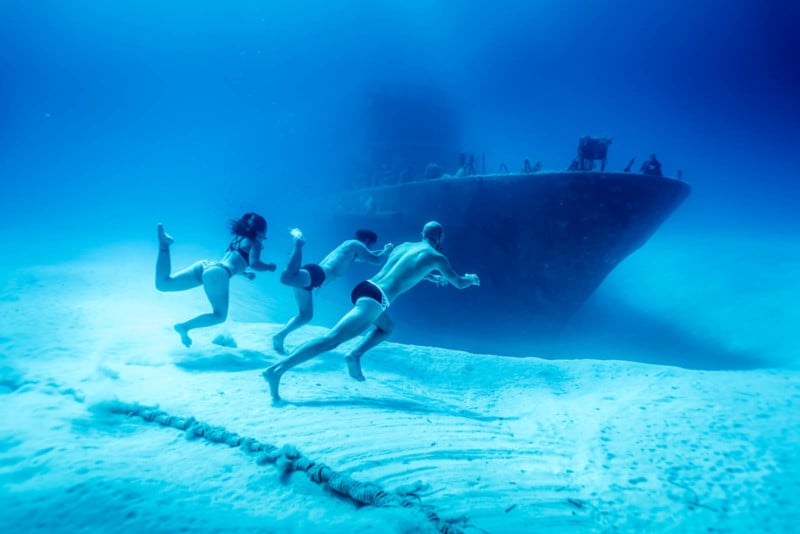 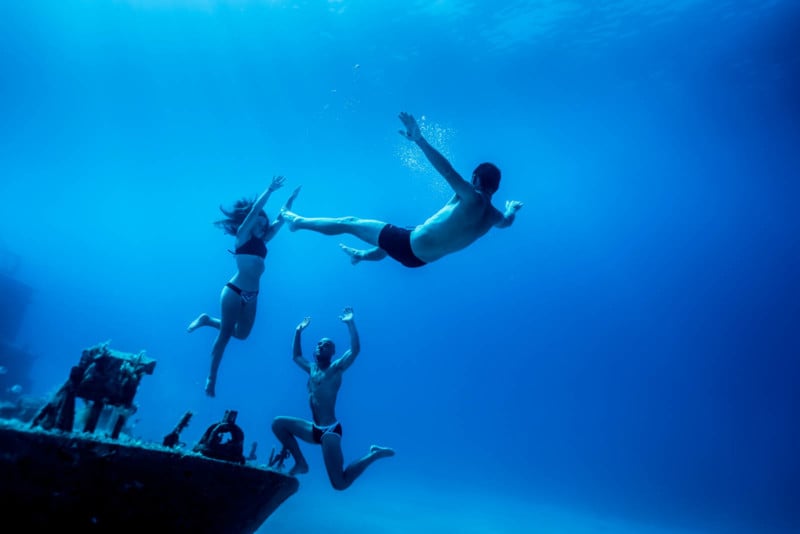 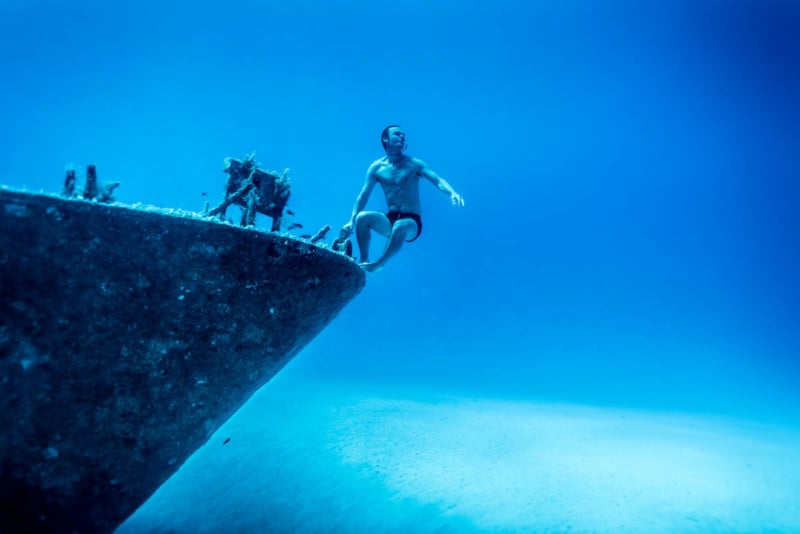 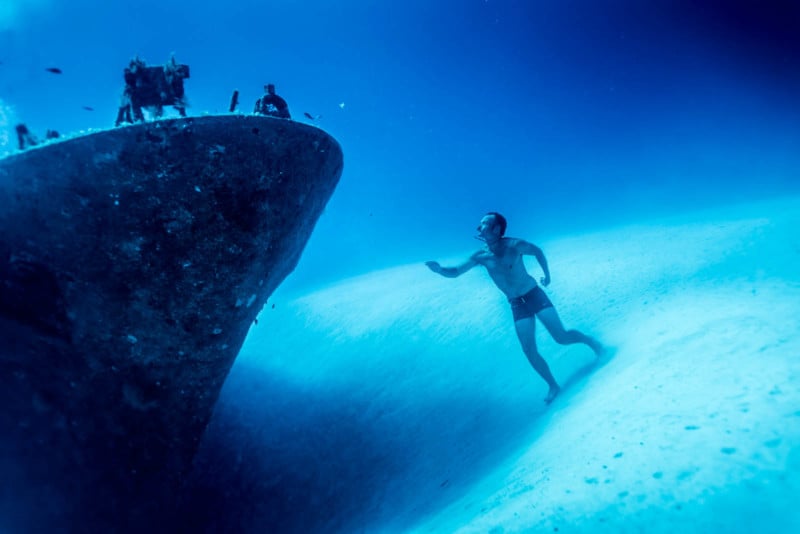 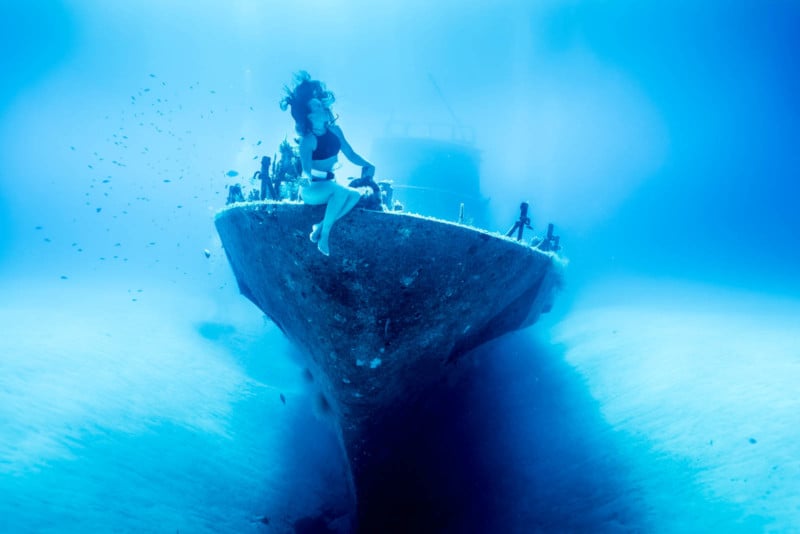 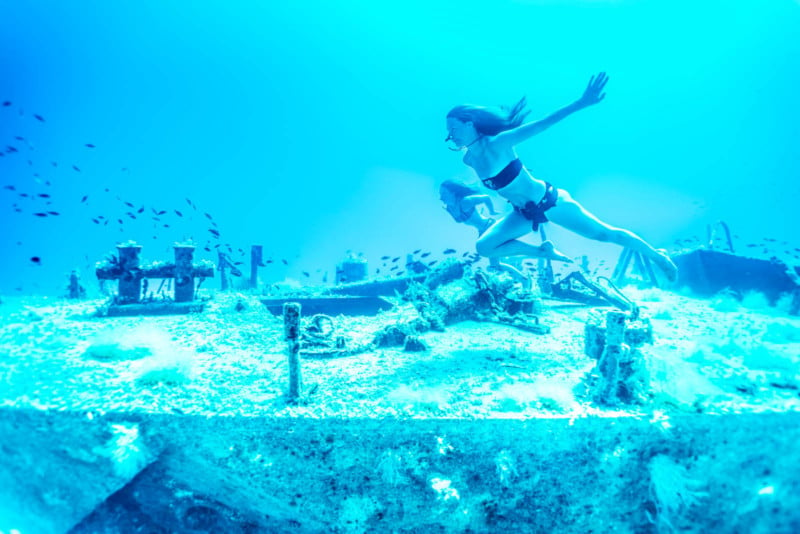 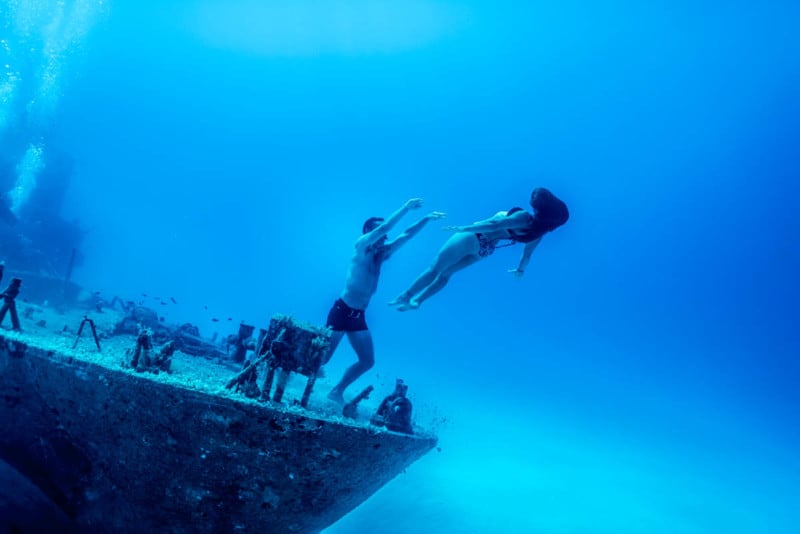 The shots feel like a slightly more realistic version of Ben Von Wong’s viral underwater fantasy shoot we featured back in 2014. That shoot was a bit more conceptual and a lot more involved, with 7 divers in the water, not including the models in fancy dresses; Arrigo’s shots show you what’s possible with nothing more than a concept, a camera, and some talented freedivers at your disposal.

Image credits: All photos by Kurt Arrigo and used with permission.

Stunning Documentary Shows the Birth of a Volcano in Iceland

Adobe MAX Set for October, Will Again Be Fully Virtual and Free to Attend