Breakthrough Photography has just unveiled its own RF-to-EF adapter with a slot for drop-in filters: the first such adapter to hit the market from a third party, and a slightly more affordable alternative to Canon’s own version.

Canon’s RF-to-EF filter adapter is one of the (if not THE) smartest accessories the company released alongside the EOS R. Unlike Nikon, who only released the standard FTZ adapter, Canon released three options for anybody who wanted to convert from DSLR to mirrorless: a bare-bones version, a version with a built-in control ring, and a version with a drop-in filter slot.

The latter has been a hit with photographers and video shooters alike, and since then we’ve seen both Breakthrough and Kolari Vision release third-party drop-in filters that are meant to work with this adapter. 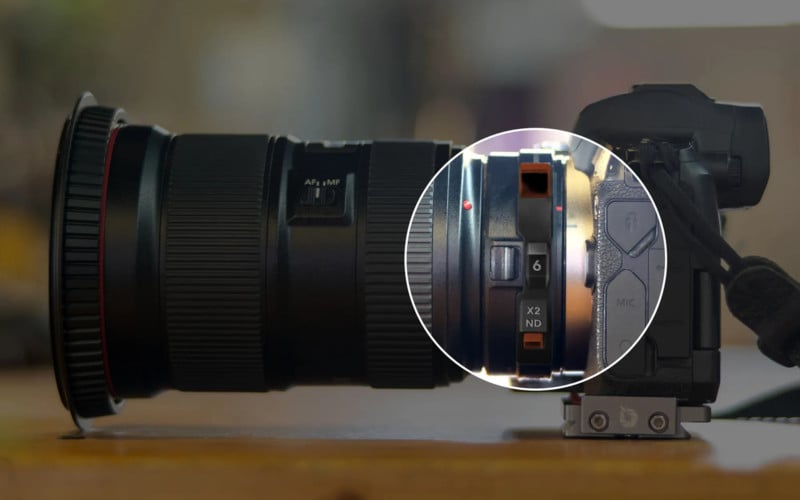 However, yesterday, Breakthrough Photography went a step further by announcing its own, slightly more affordable drop-filter adapter as an alternative to Canon’s version.

The adapter allegedly offers everything that you would want and expect, including: autofocus support, IBIS support, full EXIF support, an all-metal construction, dust, and water-resistant weather-sealing, and a detachable tripod foot for mounting to ballheads, arca plates and more.

You can see an overview of the key features in the graphic below:

The adapter will sell for $200 on its own—that’s $100 less than the Canon adapter, although theirs comes with a CPL—and the first 500 pre-orders will receive a free X4 clear filter with their order. As a bonus, they’re also offering a “buy back” program where you can trade in your Canon EF-to-RF adapter for store credit with Breakthrough: $70 for the regular adapter, or $150 for the drop-in filter adapter.

To find out more about the new adapter or put in your pre-order for either the adapter or one of Breakthrough’s drop-in filters, head over to the Breakthrough Photography website.