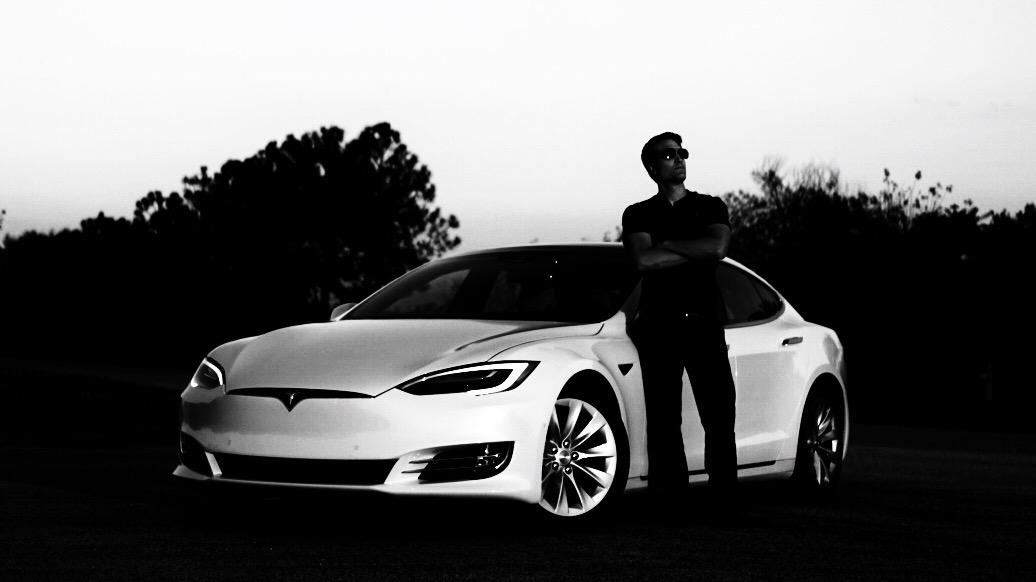 We all have dreams as children about what the future holds for us. Some of these dreams are forgotten, some get deferred, and some just never come to fruition. But every once and awhile, a childhood dream gets realized, and even better, this realization is something even greater than the dreamer themself could have hoped for.

A lot of my childhood dreams revolved around cars, and the posters that wallpapered my bedroom were a shrine to them. Among them were classics like the legendary Shelby 427 Cobra, and the ultra rare Dodge M4S “Turbo Interceptor.” But there was one that held court over them all, an Italian masterpiece — the Lamborghini Countach.

Its brazen looks and pure pedigree struck a chord deep in my young psyche. It had the lines of a F-117 stealth bomber before anyone in the general public even knew what the F-117 was. Its exhaust note sounded like Pavarotti belting an aria while gargling Disaronno. It sprinted from 0 to 60 mph in 5.2 seconds, a superb feat of performance for its time. It was the ultimate exotic road rebel of that decade. Need proof? Just watch the intros to the Cannon Ball Run movies from the 1980s. Loud, low, inefficient, cramped, and built with the soul propose to thrill, the Countach was as bold as it was impractical; and in the eyes of my young boyhood self, it was perfect. One of the actual Countach posters that dawned my childhood bedroom wall. In fact, I think it might still be hanging there. Picture credit: Athena International, Keith Harmer at Archer Art.

When I was 10 years old, back in 1987, my only chance to even remotely experience the thrill of piloting such an automobile was “driving” it via the video game TEST DRIVE on my friend Billy’s IBM computer, in all of its 16-bit glory. Oh, the rubber we burned! Oh, the apexes we threaded! It was a digital representation of the reckless abandon that fueled my childhood worldview. As thrilling as my virtual bromance with the Countach was, I had no idea what was to come. Another car was destined to come along and steal my heart away from the beloved Lambo.

Fast forward 30 years later to the autumn of 2017, on the eve of my 40th birthday, when I took delivery of my new object of desire, a new kind of road rebel — the Tesla Model S 90D. This wasn’t just a car of my childhood dreams; it was a car that was actually way beyond my wildest childhood dreams. It launched 0 to 60 mph in 4.2 seconds, besting the mighty Countach by a full second. The Model S also had all-wheel drive, better aerodynamics, more seating, (12×) more storage, >10× more energy efficiency, and 1/100 the mechanical complexity. It could frequently add abilities via free over-the-air software updates, and had the highest NHSTA safety rating ever. Its digital dashboard and ability to autonomously come to me when I “summoned” it sparked the same boyhood elation I felt when watching Knight Rider on TV as a kid. Oh, and it could be fueled by sunlight. It could be FUELED BY FREAKING SUNLIGHT! It was a dream car that my 10-year-old self could have never … well … dreamt of. From virtual to reality. I went from wheels on a computer as a kid, to a computer on wheels as an adult.

Even before taking delivery in the fall of 2017, Model S had already been a very big part of my life. I had been closely following its development ever since the unveiling of the prototype in 2009. Its swooping curves, auto-present door handles, massive “virtual” dashboard touchscreen display, and near silent electric powertrain were in stark contrast to the Countach’s sharp edges, dramatic scissor doors, analogue gauges, and growling exhaust. But the S stole my heart just the same. Something had changed within me through the years. The decades that separated the Countach era and Model S era were witness to numerous deadly global conflicts over oil resources, numerous ecological disasters due to oil spills, an increased frequency/intensity of destructive weather events brought on by humankind’s copious release of carbon dioxide into the atmosphere from burning oil, and a dystopian increase of the toxicity in the air we breathe due to said burning. While I continued to dream of piloting quick cars, I also started dreaming of a world free of the scourges that came with the glutinous addiction to fossil fuel; a fuel that cars like the Countach ravenously consumed.

The desire to reconcile these two dreams led me to work for Tesla in 2012. Being a part of Tesla’s first delivery team back in 2012, and then joining the sales team a year later, I had (for the most part) carte blanche use of the Tesla marketing vehicle fleet. There was even a time from summer of 2013 to fall of 2014 where I had a series of top spec Performance Model S marketing cars assigned to me for my personal use. This fringe benefit was actually a product of my role at that time (known internally as “Asset Lite”), allowing me to give test drives/rides anywhere at any time. And oh, did I ever. My first Tesla company car, the “Grey Ghost,” circa autumn 2013.

It was an amazing perk to be given a $130,000 all-electric super sedan to take home with me every night and use almost entirely as I pleased. I thanked my lucky stars everyday. Tesla has since significantly reigned in employee use of company marketing vehicles, but back then it was a much more open policy. As great as it was to have access to these vehicles, I obviously couldn’t save all my settings or make any personalized modifications in any way, because the vehicle wasn’t mine and it was destined to be sold to some lucky customer at any given movement. It was like being able to work remotely from a series of paradisiacal VRBO vacation rental homes, where you know that you can’t paint the walls, you can’t trash the place, and that the time with that beautiful space would come to an inevitable end in the near future. You’re never at home, you’re always a guest. Maybe that’s not the best analogy, but hopefully you get the point. At that time, the idea of actually having a Model S of my very own remained an aspiration dream. Me beaming while taking delivery of my Model S in the autumn of 2017. Photo by Cameron Watson.

Then, as I mentioned earlier, that dream became a reality in the autumn of 2017. A Model S 90D that had been tucked away in the corner of a Tesla service center became available for sale as an inventory vehicle with a big price adjustment (aka discount). It was a “unicorn” as we used to call them. The opportunity was way too sweet to pass up, so I snatched it up immediately. It was a huge upgrade from my 2014 Chevy Volt, whose lease was coincidentally about to end. People asked me why I decided to pull the trigger at that time and go from Tesla employee to employee/customer. Celebrating my 40th birthday? Celebrating my 5+ years at Tesla?

Though those were neat sentimental coincidences given the timing, they were not ultimately what motivated me. Quite simply, I was a customer in the market for a car and I no longer saw the need to compromise.

No vehicle in automobile history had ever been able to address ALL of these (seemingly) diametrically-opposed virtues on the level that the Model S had. … Not even close.

Having such an extraordinary car for my very own was indeed a dream come true.

In the summer of 2019, as I bowed out from Tesla (and corporate life in general), I swapped my beloved 90D for its younger and more dexterous little sibling; the AWD Model 3 (with the upgraded acceleration boost). It’s amazing that my non-performance Model 3 is even quicker (and generally superior in practically every way) than the first top spec P85 Model S company car that was assigned to me back in 2013 (and at less than half the price). Taking delivery of “Grey Ghost 2: Electric Boogaloo” in July of 2019.

I now also have a reservation for a Tri Motor Cybertruck, an order for the Plaid Model S … and I’m planning to get the next-gen Roadster. My inner 10-year-old screams with glee. 🙂

There are few things in life more glorious than a long held dream coming true, particularly when it ends up being beyond your wildest dreams. Tesla has made many dreams come true. The thrilling thing is that Tesla is just getting started. There are yet untold innovations just around the next bend, beyond our wildest imagination. Oh, what dreams may come?!

STOCK DISCLOSURE: During my employment at Tesla from 2012 to 2019, I was granted and optioned thousands of shares of $TSLA stock at ~$5/share (post split). Thus, I am LONG $TSLA with a multimillion-dollar stake in the company. Content created is not stock advice.

David Havasi David Havasi was born and raised in Detroit’s rich auto culture. He has a profound passion for automotive performance, efficiency, and innovation. A 7 year veteran of Tesla, David was directly involved with growing the company’s retail presence, starting with the Model S launch program in 2012. He also helped shape the marketing/messaging/protocol for the company’s website, events, and retail locations throughout the entire global organization. A thought leader on the topic of electric vehicles, David has spoken on the subject at various events throughout the US and Canada. He is a contributing writer for CleanTechnica. You can hear his insider insight on Tesla in the podcast series “Tesla Inside Out,” published on CleanTechnica‘s CleanTech Talk podcast channel. Follow David on Twitter and Instagram at @daveydo2000

Pico Is An EV Charging Solution For Home, Work, & Around Town